Please inform us if you need anymore information. Enjoy! 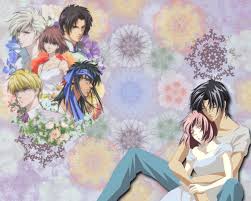 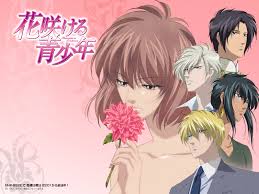 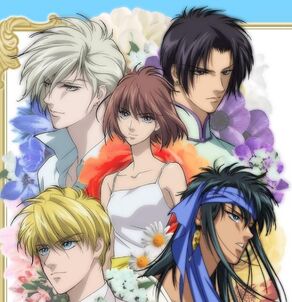 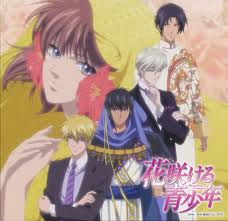 Add a photo to this gallery

Fourteen-year-old Kajika Burnsworth, daughter of powerful industrialist Harry Burnsworth, has spent the first part of her life living on an island in the Caribbean with a snow leopard named Mustafa. She is finally sent off to school in Japan, but is called away to her father's home in New York very soon after. While there, Kajika is talked into the "marriage game" set by her father. In this game, she has to meet and choose a possible future husband out of three men that her father has supposedly handpicked. He does not, however, tell her details regarding their identities and leaves it to Kajika to discover the bachelors on her own. According to the rules, if she picks one of the three men, Harry will tell Kajika her true destiny.

Her childhood friend, Lee-Leng Huang, is charged with the task of helping her on her mission of choosing a fitting husband, as well as protecting her as her guardian. As the leader of the powerful Huang family, Lee-Leng is most qualified for the task, though he is not comfortable with helping Kajika find a husband, because he is in love with Kajika. Her first encounter is with Eugene Alexandr De Volkan, a beautiful man whom she refers to as Mustafa due to his uncanny resemblance to the dead snow leopard she loved very much. The second encounter is with Prince Rumaty Ivan of Raginei, though Kajika takes a while to decide whether Rumaty is, in fact, one of the men her father selected for her. The third bachelor Kajika meets is Carl Rosenthal of the Rosenthal family and corporation, a Burnsworth competitor. Carl's father hates Harry Burnsworth, to the point where he becomes obsessed with discrediting him. Carl, on the other hand, finds room to be more forgiving, especially with the developing friendship between himself and the gentle, understanding Kajika Burnsworth. All three men are unique in their own ways and Kajika ends up liking each of them very much.As such, she does her best to make all of them a part of her life.

Although, nearly a year after meeting Prince Rumaty, his country plummets into political turmoil when the King dies. Prince Rumaty is blamed for the King's death, despite his presence in another country during the event, and thus he is banned from returning to Raginei under the threat of death. While Rumaty is unable to return home, he is sheltered by Harry Burnsworth and is left in the care of Lee-Leng, who becomes somewhat of a tutor of diplomacy to him. The Prince grows up during his two years at the Burnsworth estate and he eventually makes his move to re-enter the country and bring things back under control. Kajika, Lee-Leng, Eugene, and Carl Rosenthal get caught up in the country's troubles and all four of them are trapped within its borders when chaos breaks out. Lee-Leng is injured protecting Kajika during a coup d'etat battle at the airport and they are both sheltered and rescued by the Rumaty-supporting faction led by Isaac Noei, once a Second Lieutenant in the Crown Prince's Royal Guard.

During this civil war, no one is safe from danger. Officials are murdered, elite families are arrested, priests are framed, and even Noei's hideout is raided. Two pivotal events that occur in Raginei bring the story to a climax. It is during these events in Raginei that Kajika realizes which man she loves most. Also, by the time Prince Rumaty reaches Raginei, Kajika's destiny is revealed to her and the "marriage game" is thus over.

Retrieved from "https://hanasakeru-seishounen.fandom.com/wiki/Hanasakeru_seishounen_Wiki?oldid=4117"
Community content is available under CC-BY-SA unless otherwise noted.